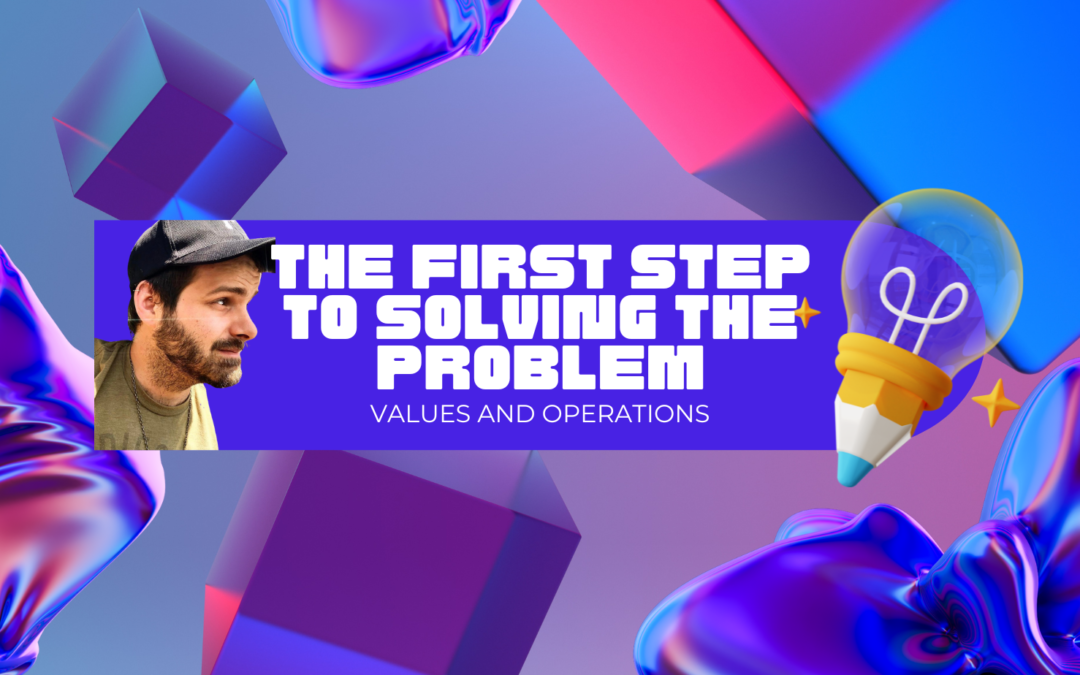 The First Step to Solving the Problem….

…is admitting there is one. And community, there is one. In operations, the first step to any project is identifying the objective. In common language, one could say it is acknowledging the problem. This blog series, which I hope to publish at least once a month will look at the problem and call it what is. Focusing specifically on the nonprofit sector, and with the values lens we at Benvenuti Arts use to guide our business.

Friends, I want to take this opportunity to recognize October as LGBTQ+ History Month. At Benvenuti Arts, as I imagine with many art focused organizations, we have a large number of staff who identify as part of the LGBTQ+ (or Queer) Community. I am one of those staff. This is not a secret. If you’ve every met me, I’m pretty open about my queerness and quite unapologetic about it.

Every October, I bring up the recognition of the month’s status as LGBTQ+ History Month, and without fail someone – typically a [white] heterosexual cisgender male, asks why the gays need two months. This question has become so repetitive and common, that without hesitation I respond by asking who Marsha P. Johnson was, and the person gives a look of confusion and a simple, “I don’t know”.  Never giving them the answer and with as much cattiness in my voice as possible I say, “and that is why we need two months.”

Why is questioning the need for this month such a common experience shared by people outside of the LGBTQ+ Community? The answer is right there. These folks aren’t actually interested in the answer. They are using their question to admit that they had no idea LGBTQ+ history existed, let alone the month recognizing its significant impact. While they know individuals who made it to fame in the cis/hetero dominant culture (i.e. Freddy Mercury, Elton John, Ellen, etc), they don’t realize that many historical and significant figures of our community never made it past the cis/hetero barriers of privilege (i.e. Mercedes de Acosta, Edith Windsor, April Ashley, etc.).

Looking at this overall refusal to acknowledge the existence of LGBTQ+ History Month, and I can’t believe I’m saying this, makes me long for the capitalism that has driven “Gay June” to become so mainstream. See, mainstream culture has found it easy to profit on our bright colors, day long parties in public parks, and parades through town squares. It’s a little more difficult to sell a history of abuse, brutality, and murder. It’s easier to manage angry customers when you’re “standing for acceptance” verses teaching a history of oppression.

It would be near impossible to commercialize LGBTQ+ History Month without figuring out how to bypass the tragic story of Matthew Shepherd who died on October 12, 1998 after being senselessly beaten and tied to a post in rural Wyoming. Or to mention how queer history is celebrated in October in commemoration of the marches on Washington D.C. for LGBTQ+ rights in both 1979 and 1987. Basic rights like protections to protect queer folks from employment, housing, and/or family discriminations. Protections that nearly fifty years later still do not federally

Why aren’t we celebrating these triumphs, mourning these losses, and recognizing that if we don’t learn this history, we are doomed to repeat it? Why do we get so excited for the Gay Summer Dance Party, but seem to ignore the history that paved the path for its simple existence? The next step in an operations plan would be to create a strategy to address the problem. Community, I can’t tell you what that is. But I hope together we figure it out.

Each day in October, a new LGBT Icon is featured with a video, bio, bibliography, downloadable images and other resources. Click here to learn more about the work LBGT History Month

Alli Knapp is the Director of Operations and Human Resources at Benvenuti Arts. Originally from Piketown, Pennsylvania – Alli began their career as a Mental Health Advocate with the Pennsylvania Office of Mental Health and Substance Abuse Services. Over the 15+ years since, they have been involved with human service organizations including Youth Collaboratory, Pennsylvania Youth and Family Training Institute, PA System of Care Partnership, and the PA Disability Rights Network. They spend their free time hosting karaoke and trivia at the Alpine in Beechview (Pittsburgh) right down the road from their house in the suburbs of Dormont

Join our mailing list to receive a FREE Guide to running a successful individual donor campaign! By joining, you'll receive a monthly newsletter with practical tips for reaching your goals.

Check your email to confirm your subscription!